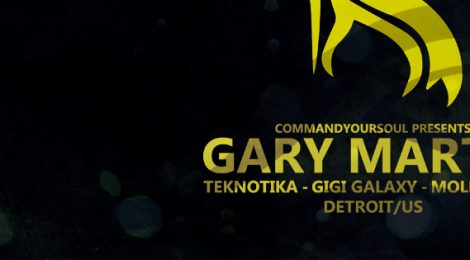 Gary Martin visits commandyoursoul@Werk/Vienna. Gary Martin also known as Teknotika, Gigi Galaxy, Mole People or Casual Pimp is one of the leading Detroit Techno and House artists. Watch his impressing discography at discogs! Be ready for a massive Detroit Techno Underground party at Werk. See you on the 26th of May 2017!!! to be continued…..